Objectives: To determine the antibiotic susceptibility of respiratory isolates of Streptococcus pneumoniae and Haemophilus influenzae collected in 2011–13 from Ukraine.

Conclusions: Generally, antibiotic resistance was low in respiratory pathogens from Ukraine. However, only amoxicillin/clavulanic acid (amoxicillin), ceftriaxone and levofloxacin were fully active against both species. Trimethoprim/sulfamethoxazole was the least active, particularly against S. pneumoniae. Some susceptibility differences were apparent between CLSI, EUCAST and PK/PD breakpoints, especially with macrolides against H. influenzae. These data suggest that further efforts are required to harmonize these international breakpoints. Future studies are warranted to monitor continued low resistance levels in Ukraine compared with other parts of Eastern Europe.

Community-acquired pneumonia (CAP) and other lower respiratory tract infections (LRTIs) are the second most frequent cause of all-age premature deaths worldwide.1 CAP and other LRTIs are also a major cause of morbidity among children aged <5 years, causing 12 million hospital admissions per annum2 and 1.6 million deaths in young children3 worldwide. CAP also imposes a substantial disease burden on older children4 and adults.5,6 Improving the therapeutic management of pneumonia is one of the top priorities, as defined by international experts, to decrease the CAP burden and improve health worldwide.7

Clinical diagnosis of CAP can be problematic, especially in patients with underlying pulmonary conditions.8 This diagnosis may be influenced by available microbiological testing methods or impeded by antibiotic intake prior to testing.9 Streptococcus pneumoniae and Haemophilus influenzae are the main bacterial pathogens associated with community-acquired respiratory tract infections.10 Antimicrobial resistance in these pathogens is common and resistance surveillance plays an important role in the reporting and management of LRTI. One such study is the ongoing Survey of Antibiotic Resistance (SOAR), which is an antimicrobial resistance surveillance study of key respiratory pathogens conducted in the Middle East, Africa, Latin America, Asia-Pacific and Commonwealth of Independent States countries and has been running since 2002. Herewe report recent data from SOAR for major respiratory tract pathogens collected from hospital sites in the Ukraine.

Isolates were collected (from community-acquired infections/outpatients/university hospitals) during 2011–13 from a variety of sources, including bronchoalveolar lavage, middle ear effusion, pleural aspirate, sinus aspirate, sputum and tracheal aspirate. Organisms were identified using conventional methods (optochin susceptibility/bile solubility for S. pneumoniae and X and V factor requirement for H. influenzae). b-Lactamase production was determined for each H. influenzae isolate by a chromogenic cephalosporin (nitrocefin) disc method. Duplicate isolates from the same patient were not accepted.

All isolates were tested for susceptibility to amoxicillin/clavulanic acid (2:1; data foramoxicillin alone can be inferred fromdata for S. pneumoniae isolates), azithromycin, cefixime, ceftriaxone, cefuroxime, ciprofloxacin, clarithromycin, levofloxacin and trimethoprim/sulfamethoxazole. S. pneumoniae were additionally tested with penicillin and erythromycin. H. influenzae were also tested with ampicillin. Quality control strains S. pneumoniae ATCC 49619, Escherichia coli ATCC 25922, H. influenzae ATCC 49247, H. influenzae ATCC 49766 and E. coli ATCC 32518 were included on each day of testing. Results of susceptibility testing were accepted if the results of the control strains were within published limits. Susceptibility to the study drugs was calculated based on CLSI breakpoints,12 EUCAST breakpoints13 and pharmacokinetic/pharmacodynamic (PK/PD) breakpoints.14 These breakpoints are shown in Table 1.

bBreakpoints used are for cefuroxime axetil.

Summary MIC and susceptibility data for all 134 S. pneumoniae isolates are shown in Table 2. MIC distribution data are given in Table 3. 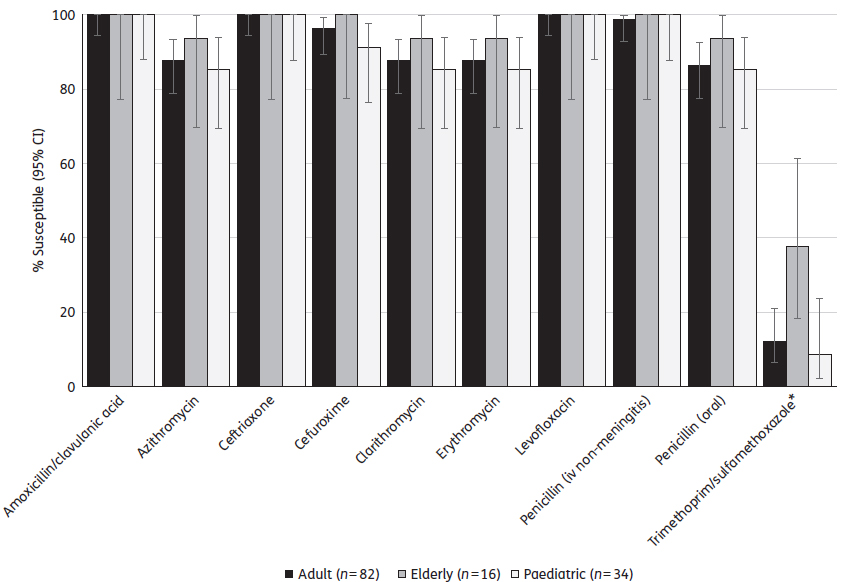 A total of 67 H. influenzae isolates were collected from eight different centres in Ukraine from 2011–13. Infection origins of the isolates included sputum (n¼56; 83.6%), followed by infrequent isolates from sinuses (n¼7; 10.4%) and bronchoalveolar lavage (n¼4; 6.0%). Most isolates (n¼51; 76.1%) came from adult patients, 8 (11.9%) were from elderly patients and 7 (10.4%) were from children. The remaining isolate was from a patient of unknown age. Three isolates (4.5%) were b-lactamase-positive and none was b-lactamase-negative and ampicillin-resistant (BLNAR).

Summary MIC and susceptibility data for all 67 H. influenzae isolates are shown in Table 4. MIC distribution data are given in Table 5.

The increasing prevalence of antimicrobial resistance among the major community respiratory tract pathogens is a serious global problem that complicates the management of these infections. SOAR surveys antimicrobial resistance in key respiratory pathogens and is currently conducted throughout the Middle East, Africa, Latin America, Asia-Pacific and the Commonwealth of Independent States countries and has been running since 2002. It was established to provide information on local resistance patterns among the two most common pulmonary pathogens, S. pneumoniae and H. influenzae.

S. pneumoniae resistance to antibiotics is a growing problem and has become an important prognostic factor since it is directly associated with persistent disease or disease mortality.15,16 In this study, with lower oral dosing, 87.3% of pneumococcal isolates were found to be susceptible to penicillin using CLSI oral breakpoints. Therefore, higher iv dosing is required to get susceptibility close to 100%. However, for many patients with community-acquired respiratory tract infections an oral therapy is desired. For this option amoxicillin/clavulanic acid (or amoxicillin alone, which would be expected to have identical activity) and levofloxacin remain the only orally available agents with 100% susceptibility. However, fluoroquinolones are not recommended for the treatment of paediatric patients. Cefuroxime is also orally bioavailable but susceptibility was lower, at 95.5% (CLSI or PK/PD) and 89.6% (EUCAST). The data from this study confirm that isolates of S. pneumoniae susceptible to penicillin G are also susceptible to other penicillins as inferred by CLSI and EUCAST guidelines and cephalosporins as inferred by CLSI guidelines. Although penicillin resistance was relatively low in Ukraine, the data from this study showed the reverse was not correct using CLSI breakpoints; i.e. penicillin-non-susceptible S. pneumoniae were susceptible to other b-lactams—the most significant being ceftriaxone. Therefore, either the b-lactam breakpoints are not correct or the CLSI cross-resistance statement within the b-lactam class is not correct. This has also been found in other countries with higher penicillin resistance (SOAR 2011–13 data in other countries, as seen in other articles in this Supplement) and warrants further investigation. The pneumococci were universally 88.1% susceptible to the macrolides azithromycin, clarithromycin and erythromycin and therefore, although these agents can be given orally, they do not provide the same level of coverage as that observed with amoxicillin/clavulanic acid (amoxicillin) or levofloxacin. The least active antimicrobial tested was trimethoprim/sulfamethoxazole, where susceptibility was ,10% (CLSI or PK/PD), but this was 38.8% by EUCAST due to a one dilution higher breakpoint. Therefore trimethoprim/sulfamethoxazole can be considered inactive against pneumococci. In addition, this was the only antimicrobial agent to have significantly different susceptibility by age group, although the most susceptible age group (elderly) was still only 37.5% susceptible.

The main limitations of this study stem from small sample sizes and the attempt to draw conclusions about antimicrobial susceptibility levels in the country using data from two hospital sites. However, despite these limitations, patterns emerged that can be useful for clinicians in selecting empirical therapy for community-acquired respiratory tract infections.

We would like to thank the participating laboratories for their susceptibility data used in this analysis (Yuriy Mostovoy, Mykola Ostrovsky, Andriy Vertegel, Anatoliy Kosakovsky, Maryna Zakharova, Fedir Yurochko, Nadiya Rudnitska) and Dr Keith Barker (GSK) for reviewing the manuscript.

The data were presented as a poster abstract during the 24th ECCMID Congress in Barcelona, Spain (Abstract number P-1589).

This study was funded by GlaxoSmithKline.

This article forms part of a Supplement sponsored by GlaxoSmithKline.

D. Torumkuney and G. Gladka are employees of GlaxoSmithKline. D. Torumkuney also holds shares in GlaxoSmithKline. I. Morrissey is an employee of IHMA, a medical communication and consultancy company, who participated in the exploration, interpretation of the results and preparation of thismanuscript on behalf of GSK. IHMA also provided medical writing support in the form of writing assistance, collating author's comments, grammatical editing and referencing that was paid for by GSK. All other authors declare that they have no conflict of interest. 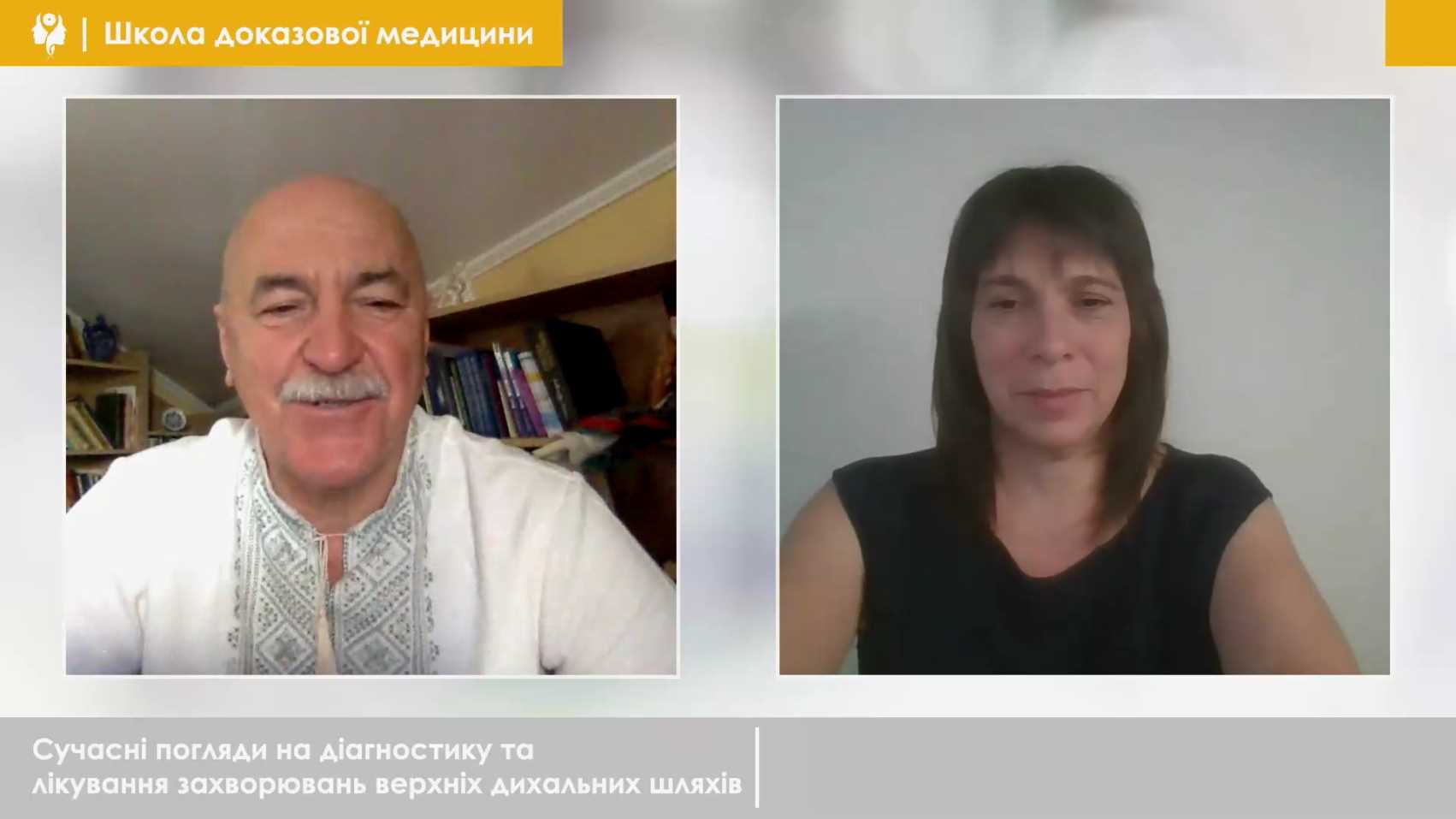 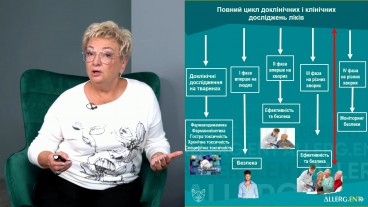